Description of US Army Helicopter Gunship Strike : War Shooter Army Helicopter Gunship Strike is the most immersive and realistic 3D helicopter battle action game available on Google Play. Army helicopter gunship strike puts in the gunner seat of the most powerful helicopter. Ready for the attack on the most dangerous terrorists now.Good strategically fire your powerful machine gun and destructive missiles to slay hordes of enemies across the world. Guide with accuracy your conflict helicopter and demolish the enemy military bases in the world’s greatest battle experience. Enemy Strike combines tactics, flying skills and the right amount of ruthless in this military helicopter action game.Your wary helicopter is equipped with weapons and armory to showdown enemy battleships. It’s an ultimate air conflict and a gunship war between two enemy fleets. Do not let yourself carried away performing the cautious helicopter adventure sole duty is to destroy enemy battleships in this bloody war otherwise you will be failed.Some rebel groups have occupied several places in the area. An operation against rebels has been launched in different areas to get back the control of army aircraft and the military camps in the desert. In this naval combat enemy ships may try to hide behind solid of land in deep seas track them down with you precise missile command and unleash hell on your enemy with an air combat.Shooting and hunting of rebels are the main objects of this action game. To successfully complete all missions, take cover in the skies, keeping away from the enemy trackers and Secretly taking out the mighty tank army to pieces. Keep a strong and steady aim, along with extremely accurate flight seamanship skills to take down enemies from a distance. Be cautious though, you will be in for a tough fight if even one of the enemy trackers are able to spot your position, as the anti aircraft guns will be immediately position, which will make life even more difficult for the best of fighters. If you are a lover of combat battlefield action strike then this game only for you.In this game, you will find chopper that will attack military unit.The flying helicopter entered in gunship air war zone and bombarded on the tiny striker. the enemies have a deadly weapon and fire rockets on your army RC helicopter.The army chopper attacked on the enemy machine gun in gunship battle.In this free helicopter game best helicopter is in range of tiny striker but you flyingthe helicopter is best army chopper that makes only for gunship air war. this is free gunship game.Army Helicopter Gunship Strike Game features- Variety of Armors to protect- Air strike to legendary fight- The enemies with gunship helicopters, in war- Challenging missions to enjoy the game- Multiple weapons to shoot- Modern machine gun- Optimized controls for the best shooting game- Commando Air Attack- Amazing realistic 3D environment- Real stunning sound effects 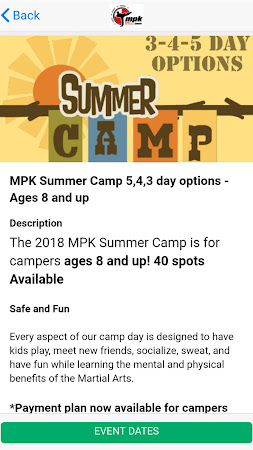